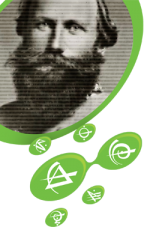 The history of this clandestine game played once a decade, inlcudes a roster of players composed of the super-rich, the lucky, the famous, and infamous.

The first game was played in October 1862 outside of Chambersburg in a field tent of General J.E.B. Stuart after the battle of Antietam. A deal was struck at the conclusion of the game when the winner, Mr. Gatling, said that he; “…would gladly give each of the esteemed players a chance to win in ten years, god willing, as long as they had a damn good stake.” With that salutation the Deca-Game was born.

In attendance at that first game were John Laffin, who bet the fabled treasure of his grandfather the elusive pirate Jean Lafitte; Richard Gattling the inventor, who placed his patents and plans for a revolutionary new weapon, the ‘Gattling Gun’; controversial Union General Benjamin Butler who bet the official plates for US government $5 dollar bills pilfered from the New Orleans Mint; Lieutenant John Singleton Mosby, an up and coming Confederate officer and famous raider with his stake, the authentic map to the ‘Fountain of Youth’ and General Stuart’s own stake, the lost manuscript for History of Cardenio, written by William Shakespeare.

• Played in mid October, once every 10 years.

• Previous winner hosts the next game.

• Strict 72 hour entry period, ending at the start of the game.

• All stakes must be priceless, one-of-a-kind or near-mythical items.