The sci-noir scenario of Argent Starr: Quest For The Cardinal Stone takes place in 2062, presenting sweeping action from the galactic glitter and controlled chaos of Cyg City, to a massive underground lair located at the center of New York’s only radioactive exclusion ‘glow-zone’. Here you can learn more about some of the key production sets. 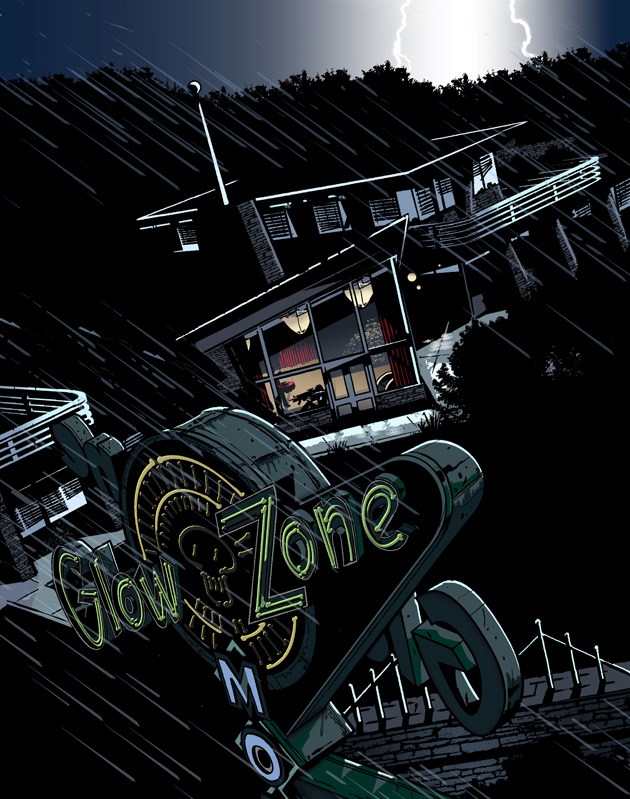 ◆ Argent’s upstate residence is a rundown 1960s motel at the edge of the Watkins Glen State Park radiation zone. He’s restored large portions of the interior, but plans to leave the outside mostly undisturbed to avoid attention. He resists the persistent urge to power up the glorious old neon sign unless he’s testing energy shielding or other defenses. 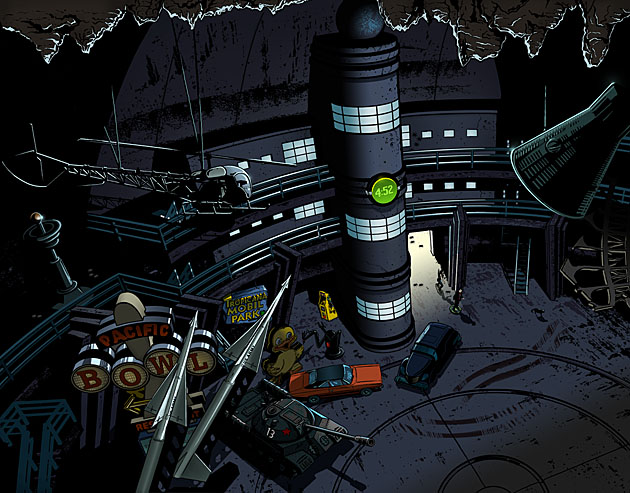 ◆ Watkins Glen State Park, centered around a deep natural canyon decked out in cascades and waterfalls, was declared an off-limits glow-zone after a terrorist group released a small amount of radioactive material there in 2027. 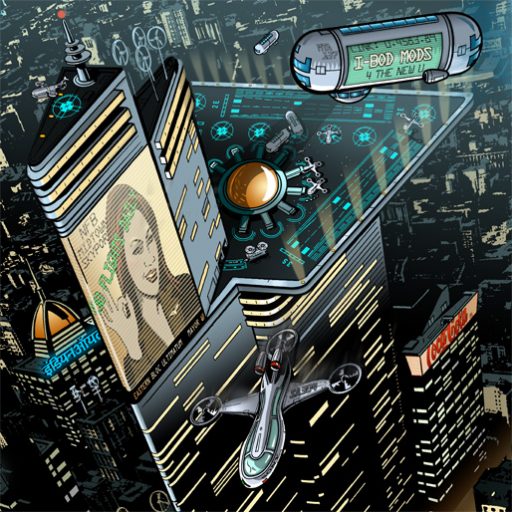 ◆ The 70th floor features an LED tarmac that can instantly reconfigure it’s markings and welcomes 400 commuter flights daily with something landing or taking off every few minutes. 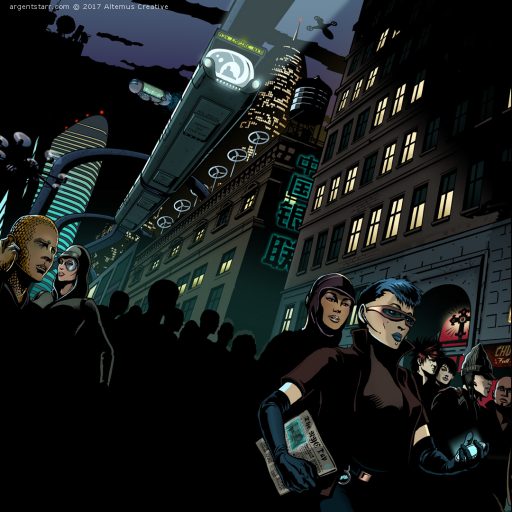 ◆ The most famous of the secure enclaves currently scattered around the island, Empire District is proclaimed by City Hall as the core of a reconstructed Manhattan. Sectors like this are the first signs that the city is finally recovering from the collapse of the office real estate market and the ensuing financial nosedive into decay and crime known as “The Fall”.

◆ The 30-square-block gated midtown area, is protected by the Empire Militia and is served by two stops on the six-story-high crosstown “AlphaRail” monorail system. Chang’s Empire Casino, the finest gambling destination in Manhattan is an anchor tenant, taking up the top ten floors of the Empire State Building.

◆ Chang’s Empire Casino, the finest legal gambling destination in Manhattan takes up several top floors of the Empire State Building and commands outstanding panoramic views. A large, loud and glamorous entertainment hub, that after almost ten years still manages to be an ultra-popular destination with both trendsetters and tourists. Features include: a four-star restaurant, cafes, three bars, a lounge, and the three-story-tall Spire theater famous for it’s hot bod-modder revue. 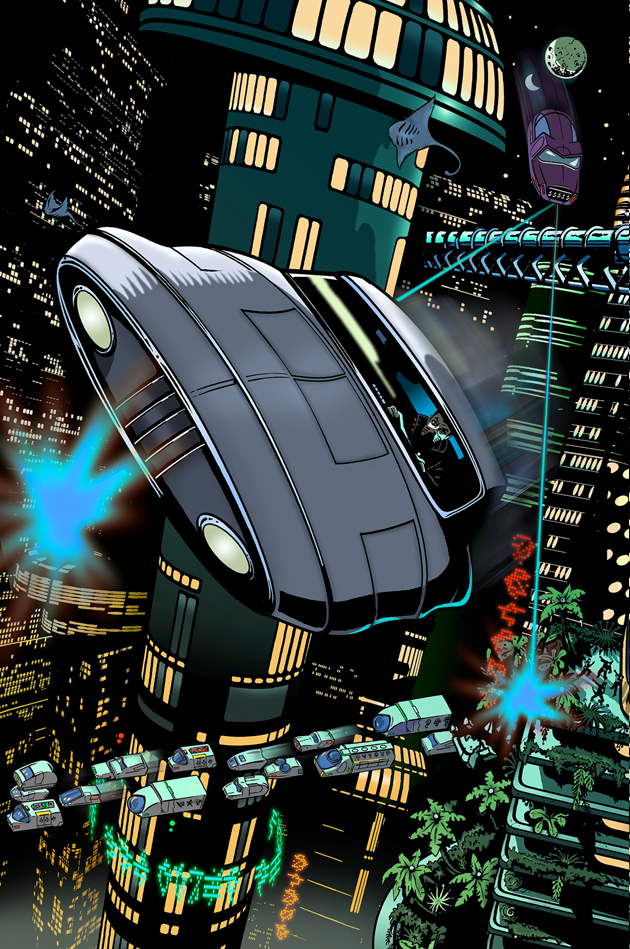 ◆ A Lunar megalopolis, always dark and always on. Built in and on the protecting mountain ridges just over the horizon, on the dark side of the largest of three moons circling a gas giant. Low gravity [0.82 of standard] makes towers up to 400 stories tall the norm here.

◆ The largest population center in this sector of the Galaxy. 37 million souls fill the walkways, skyways, and lines of flying cars that stretch into the distance in every direction, moving about in controlled chaos.

◆ Rey Zyten’s base of operations. He enjoys watching the Rantas soar among the endless spires of light and skytop gardens from the balcony of his office on the 387th floor, and he’s sure he can almost see the sun.